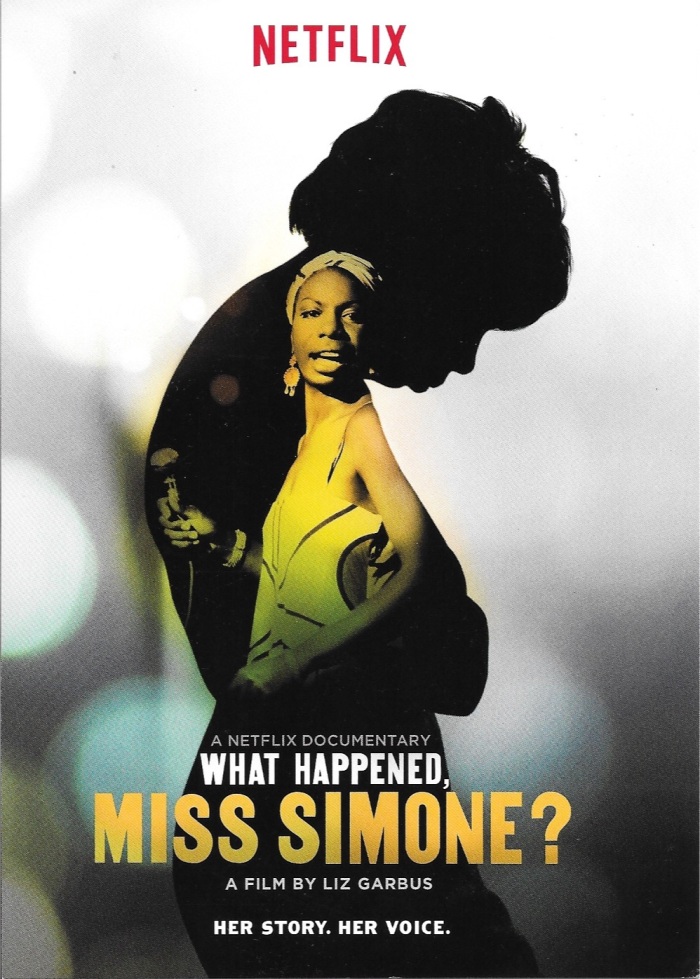 Nina Simone one of the world’s best jazz musician of our time. Who’s life was as soulful and tragic as her music. This Documentary What Happened Miss Simone tells the story of  Nina Simone’s life with rare interviews with Simone before her death, and her daughter and her ex husband.

The film shows how Simone got involved in the civil rights movement in the 1960’s, and how the music that she made during that time changed her career for good and bad. The film also tells the story about Simone fiery temper, and the abuse that she received and the abuse she gave out. The film highlights Simone’s moved from American to Africa, and why she vowed that she would never moved back. It also showed how mental illness played a big part of Simone’s life.

Before watching this movie i knew nothing about Simone. This is one documentary that left me wanting more and it answered a lot of questions that I did not know about Simone. If you are not a fan of Simone i would recommend that you watch this movie, or at least look at some of the film to get to know Miss Simone and to figure out what happened.

This film is worth watching.